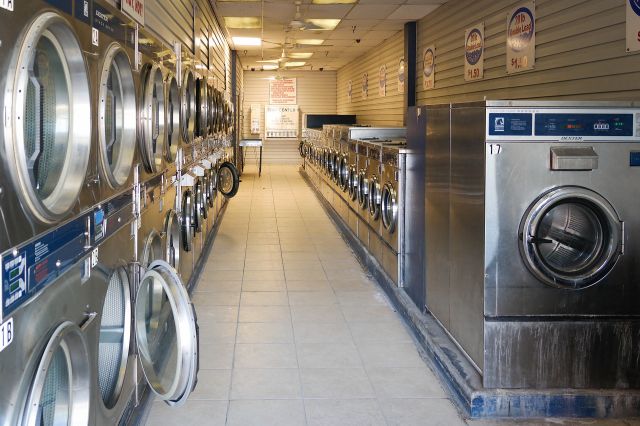 Solitude is an Anglo-Saxon concept.  In Mexico City, if you’re the only person on a bus and someone gets on they’ll not only come next to you, they will lean against you.

I am reading the collected stories of Lucia Berlin, an American writer who was born in 1936 and who died in 2004, so that her life spanned the Modern Age.  The stories are quite startling; they both spare and dense and they all have a sense of unfinishedness, perhaps because they arise from and are about the writer’s own life. The punchline, or conclusion, to the stories happens elsewhere, in her or the reader’s imagination and experience. They are are as spare and elliptical as those of, says, Paul Auster, but have more heart.

I had never heard of Lucia Berlin.  Her body of work was small and is not that well-known, maybe because her life (she had three marriages, one to a heroin addict, four sons, an addiction to alcohol, an acquaintance with detox and psychiatry, a history of moving between cities, states and countries,a sick sister and a sick mother – and scoliosis) made it difficult to write a Great Work, and maybe, or also, American fiction was dedicated to Big Writing. Lucia wrote small, sharp,’women’s writing’ at a time when ‘women’s studies’ was unthinkable.

On first reading, I thought her stories were horrible.  The first in the collection is set in a launderette, for example, and is miserable. On persevering, I succumbed to their charm and mystery. I wondered why they were so compelling and what the style reminds me of.  The first echo I had was that of the writing of Dorothy Day. Both women, Berlin in short fiction, Day in journalism have an elliptical style that space compels to capture impressions and emotions exactly and sparingly.  With both writers, the characters that populate the pages are unglamorous, often odd, but are not judged.  They are characters in their own right, rather than vehicles for the writer to express their arguments; in Berlin’s work, the characters sometimes wander into an internal narrative and then wander out again, each with their own story and their own dignity, even the winos and the whores.  Day’s writing is also populated with derelicts, drunks, unwed mothers and victims, but in contrast with the morality of her time, people are not judged.  I get the sense that, for both writers, one might have done ‘wrong things’, or be in wrong situations’, but for both women there was no such thing as ‘wrong people’.  People in Berlin’s stories come across misfortune, rather than deserve it.

Berlin reminds me also of Pauline Boty, whose life and work were cut short by circumstance and choice, who pursued originality as a given of the human condition, not as the affectation it has now become  There was once a time, I fondly imagine, when people were simply allowed to be.

There are Jewish people and Black people and Native American people in Berlin’s stories but none of them suffer under the weight of representing ideas; they simply are, they simply take their places in their own narratives, not Berlin’s. There are few messages or solutions in Berlin’s work. The men in the stories aren’t much cop, sometimes, but her description of waking and finding her husband injecting heroin is simply factual.  Berlin doesn’t tell us what she thinks. It is not about her or her feelings. This leads to an impression of compassion, of laissez-faire with regard to other people’s souls.  I doubt it was like that in real life, though.

The other thing that Berlin’s work reminds me of this the ‘hard-boiled’ voice of Chandler and all his imitators.  There is little over sympathy in Berlin’s work for the detritus of human frailty she encounters, but, as I said up there, there’s little condemnation.

The freshness and immediacy of these kinds of writing is, perhaps, because of a great lack in the times of television. Perhaps people saw what they saw and wrote it down; they weren’t conditioned to editorialise as we are. People are not really stereotypes if you meet them head-on – and there is no ‘arc of a story ‘in ordinary lives.  I think that Berlin has charm for me because there is little artifice in her writing and because her writing is a mystery – what does it mean, this sentence, this reference to Santiago or Albuquerque? And what more might she have done in different circumstances? Possibly nothing. Possibly more.